If you skip a new construction home inspection, you miss out on the chance to hold the builders responsible before that issue can be discovered and it then becomes your problem alone.

Consider this…  according to a review of 10,000 structural claims presented to the National Association of Home-builders by veteran risk manager Will Keaveny, 25% of all homes in the U.S. will suffer some type of structural defect in their lifetime — and that’s just one type of defect!

When you’re buying a home of any age, there’s no doubt that you’d want a home inspection.  You absolutely want to know its condition and any safety issues before you make that final commitment to purchase that home with your hard-earned money.

However, if you’re buying a brand-new house, committing to that decision might not seem so obvious.  Should you consider getting a home inspection for a newly constructed house?  Why would you need one since everything is brand-new — and, in some cases, a custom home built to just your preferred specifications; even perhaps under your own supervision?

The answer is a resounding, yes.  Top experts will tell you that new home construction should always get a home inspection.  With the exception of paying a home inspector to do this for you, every consideration lends itself to simply leaving it “all up to the professionals, right?”  But then there’s always the possibility of the inspector finding an issue or several issues.  Wouldn’t that be information you’d want to know on the front end, — BEFORE all of your warranties run out?

Here’s our professional guide backed by industry experience into the reason behind this decision-making advice.

Newly constructed homes will always include a “final walk-through,” but rarely will it include a complete home inspection.  Usually, a builder will try to assure the buyer, their guy will always be inspecting each phase of the building process and may even suggest that a home inspection isn’t necessary.  But let’s examine that analogy more closely.  The “builder’s guy” is usually the GM or the Project Supervisor who works for the builder and in the builder’s best interest, not necessarily in your best interest.  Buyers should always ask to include in their contract an independent, unbiased 3rd party home inspection as part of their contingency for buying the home.

“In my experience, probably two-thirds of the people will do one,” says Jase Norsworthy, a Billings, Montana–based top-selling agent for Re/Max,  He state, “It oftentimes depends on how savvy the buyer is.”

“If they’re really involved in a new construction project, a lot of times they’ve been with the builder or they’ve contributed to the construction, and then in those cases, they know enough about what’s going on. They’re not worried.”

Still, Norsworthy says it’s a smart decision to get one anyway.
“As an agent, I have always encouraged my buyers, whether it’s new construction or a hundred-year-old house, to do an inspection.”

Why should you get your new home inspected?

Why should you get your new home inspected?

Usually, the misconception for someone buying a new home is their expectations of the house being free from any issues that would otherwise be found in an aging house — like outdated electrical, plumbing, roofing and even cosmetic flaws.  The reality is there can sometimes be many issues found within a newly constructed home; in fact, a lot of times these issues exist because — it’s a newly constructed home.

Contractors work so fast, sometimes too fast, building to the bare minimum of code and subcontracting out to vendors with varying range of competence and diligence.  Sometimes, mistakes just happen.   Don’t assume a newly constructed home will be flawless just because it’s new.

Why is a new construction home inspection a potentially bad idea?

Why is a new construction home inspection a potentially bad idea?

Is this question keeping you up at night?  Experts say… it shouldn’t. That’s because the decision to get a home inspection on a newly constructed home should be a clear and obvious choice.

If there is a downside, it’s having to pay for the home inspection out of your own pocket, and if the budget is “really tight” for the buyer, Norsworthy acknowledges the extra expense could make it financially uncomfortable.  However, if the buyer is involved daily with the construction and knows what to look for, the home inspection might be less necessary.  Typically, a new construction home inspection is well worth the expense, even under such circumstances, he advises.

“If a buyer has been really involved with the building, or they’re building it themselves, that’s different. But for your average buyer who is hands off, I think a new construction home inspection is a good little insurance plan,” he says.

“I always encourage people because there is no harm in it.  In the scheme of a 30-year note, it seems to me that when you’re looking at the overall investment of new property, to spend $400-$500 for an inspection is such a minor expense.”

When’s the best time to get your newly constructed home inspected?

When’s the best time to get your newly constructed home inspected?

Some would say it’s a good idea to have two inspections done; one before the drywall is put up so the inspector can see all of the framing, plumbing and electrical and then another inspection after the drywall is in place.  The choice is of when you have the inspection done is obviously yours.

For his part, “I do it as late as possible after the construction is done, and I usually try to wait until after the city has done their final approvals,” Norsworthy says. That said, he advises not scheduling the inspection so late that it could potentially cause a delay in closing.

“So maybe the painting isn’t quite done, or maybe there are a few little details that need to be finished,” he says. “But as a general rule, I try to do it as late as I can, without triggering a delay.”

If your builder gives you any push-back or hesitates to do anything less than encourage a home inspection, this should be a major red flag.  Why would the builder want to cover up their work, rather than allowing an unbiased 3rd party home inspector to “kick the tires” and take a comprehensive look at the quality of the project?

“The builders have no problem with it because, if they stand by their product, they’re going to welcome a home inspector to come in,” Norsworthy says, referring to reputable builders.

As the buyer, you want to find out if there are any issues with the newly constructed home on the front end to make sure the builder takes full responsibility to correct those issues before you close on the home and move in.

If the inspector finds something, he says, “those builders are not done building yet. All of those repairs are going to fall on the shoulders of the builder, and there’s not a whole lot of negotiating.  It’s not like you’re debating over whether this item is something that the sellers are willing to fix: it’s brand-new construction and they have to stand by their products.”

Does An Inspector Need To Come Back Out To Re-Inspect After Repairs Have Been Completed?

We do charge for re-inspections for a nominal fee.

Can You Tell Us How Much Repairs Will Cost?

The short answer is no. While some home inspectors on-site may give you a range for certain repairs, we are not contractors, and repair pricing tends to fluctuate depending on your area, the economy, and the company.

We understand that negotiating after a home inspection can be tough – you want to get the best possible price on the home you intend to purchase, and you want to make sure you get the important items taken care of, but you also don’t want to upset the seller too much or ask for something unreasonable. You need a way to present accurate and truthful information in an unbiased manner so that you and the seller can negotiate effectively and bring about a fair resolution. So how should you approach it?

So, what could go wrong? 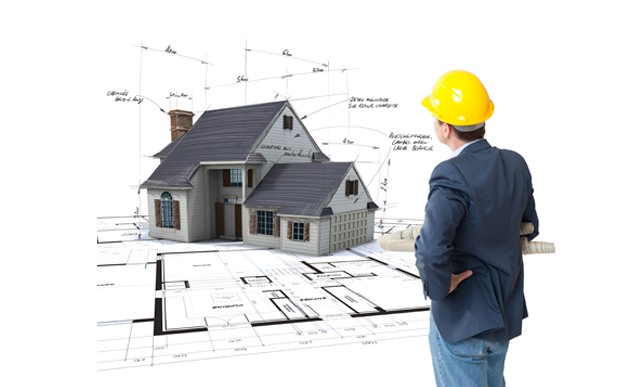 CLICK AND READ: Jase Norsworthy - "...a lot of times, they’re not looking at the minutiae.”

Jase Norsworthy is a Billings, Montana-based top-selling agent for Re/Max, he states, “Even though these new construction projects are approved by the city engineers and they have their own inspection process, they’re looking for things like whether the wiring is done properly, whether it’s safe — but a lot of times, they’re not looking at the minutiae.”

He remembers years ago working with a buyer to purchase a brand-new condo; the buyer didn’t do an inspection as a way to save money. “About six months later, they had problems because the ceiling fan in the bathroom was venting into the attic,” he recalls. “So, moisture from the shower was going up into the attic space, and he ended up with a mold problem and some sagging. Sheetrock had to be torn out in the bathroom, and they had to do it properly.”

This issue fell under builder warranty, but it’s an example of what can — and does — go wrong with new construction.  A home inspection, “would have avoided the nightmare that they went through later,” Norsworthy says.

The excitement of buying a new home can sometimes allow the buyer to overlook this final step of home inspection.  Don’t be so anxious to wrap up and close the home-buying process that you cheat yourself out of an inspection because the cost may feel like a stretch.  In comparison to what you’re paying for the home, the new construction home inspection cost is minimal.

You should want to know it was all done right and whether any issues, minute or otherwise, before you close on the home.  You should also want to know if the house has any health or safety issues before you and your family are exposed.  It’s great that you have a new home warranty; but you shouldn’t have to count on that.  Executing a warranty will bring repair people constantly coming into your new home that you’ve now moved into.  This will create more than a hassle, but an invasion of your privacy and it should even be a security concern.

EMP stands for electrical, mechanical, plumbing. This inspection is NOT a full home inspection, and reports only on defects relating to the EMP systems and the roof. We see the roof as a major system, and therefore we will include a roof inspection with every EMP Inspection.

What We Don’t Inspect

THE FOLLOWING SYSTEMS ARE NEVER INSPECTED BY HELLOPRO HOME INSPECTIONS:

Proudly Here to Serve You In All of Your Inspection Needs. 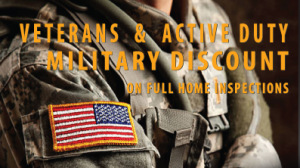 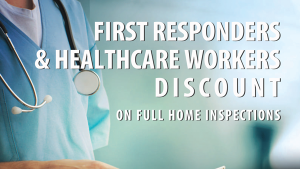 HelloPro Home Inspections currently provides home inspections and other ancillary services to Upstate South Carolina. Our inspections are complete with the same price for all homes up to 3,000 sq.ft. Quoting and Scheduling are made easy, as well as scheduling any ancillary inspection needed at the same time with your home inspection; saving you even more money! And…every STANDARD  or  PLUS Package Inspection always includes the Home Buy Back GUARANTEE!

On A Good Day, We Offer You Peace Of Mind. On A Bad Day, We Save You From Making A Purchase That You May Regret.

As You Expected… Inspected Right! 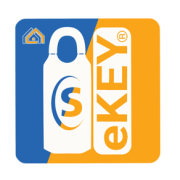 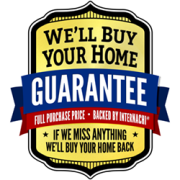